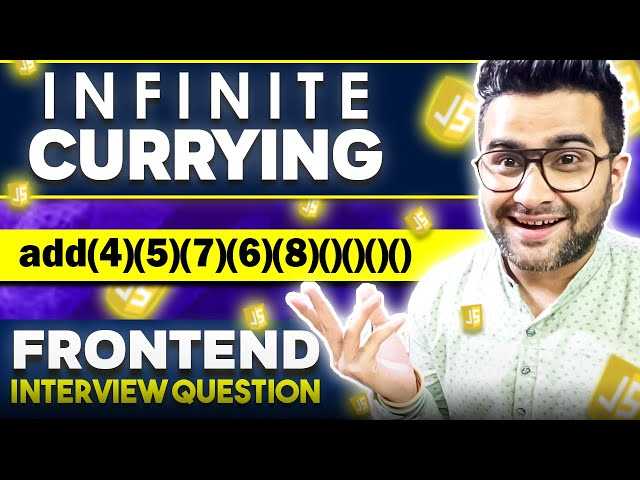 We know that javascript is a very interesting language with a lot of quirks. Although we have discussed earlier that currying is a concept not tied to javascript only and it generally helps to transform a function with multiple arguments into a series of nesting functions

In this article, we will generally be talking about Infinite Currying in javascript. So let us now take a scenario where we have a function sum where we can pass arguments like this sum(1)(2)(3)(4)….(n) and it can go onto any number. The sum function should generally give me a sum of all the numbers. In this case, it should probably give me the output as 10.

This is a very famous interview question and whenever you see a question like this in an interview then try to understand what the function is trying to achieve. In javascript, we know that functions are first-class objects or we can say that function behaves very similarly to a variable or an object in javascript. So whenever you face such type of question in an interview as discussed above try to break your problem into simple parts.

This is generally a smaller problem but suppose we have something like sum(1)(2)(3) then we have to return another function which should take c as an argument. In this, we can see a clear pattern and we want to solve this question recursively.

When we  console.log(sum(1)(2)(3)(4)()) then the output to the console will be 10 as we have made the function sum function very smart above which helps us to achieve the sum of the pattern given below.

Video Explanation of the Topic